About the person: Mag. Hubert Thurnhofer was born on March 11, 1963 in Mürzzuschlag, where he graduated from high school in 1981. Afterwards, as a civilian, he served in the refugee camp in Traiskirchen, then proceeded his studies in Philosophy, integrating the following subjects: Russian language, journalism and world history. Graduated in 1987 and was awarded the degree of Master of Philosophy after completing his original diploma thesis entitled "Musil as a Philosopher."

1989-1994 Thurnhofer was a Lecturer for the Austrian Cultural Studies at the Linguistics University of Moscow. Afterwards he was a journalist, communication and media consultant, gallery owner and author of hundreds of articles (including contributions on Business Ethics) and seven books; most recently published "Moral 4.0" (2017) and "Baustelle Parlament" (In English, "Reconstrution of Parliament" (2020). Entrepreneur by mindset, philosopher by passion.

Special characteristics: determined (systematic preparation for the office of the Federal President for five years), able to combine theory and practice (author and entrepreneur), committed to achieving freedom and justice, capable of learning (not afraid of creating mistakes, but learning from mistakes), versatile, creative.

Leisure: Holidays by the sea. 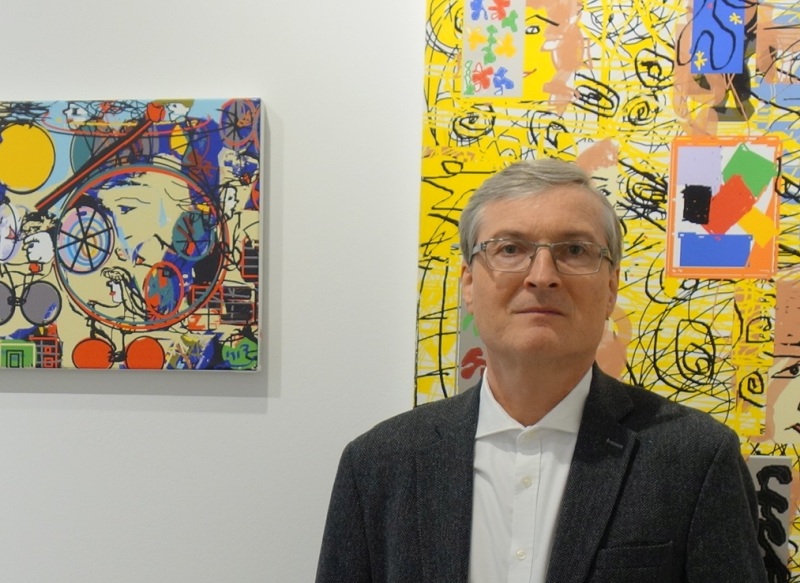 Our Presidential candidate in 2022 , Hubert Thurnhofer, s not only concerned with the position of presidency, but with the presidential chancellery, which is to be converted from a pure administrative framework to the Austrian Empire of the best ideas. Austria has hundreds of thousands of people with innovative and creative ideas that often wither because they have no governmental support or influence and are ignored by the media. 185,000 statements against the Compulsory Vaccination Act proved this. Our candidate as Federal President would not have signed the Compulsory Vaccination Act because it's obviously has no legal constitutional basis or what we normally say "unconstitutional." The voices of the people are repeatedly and continuously ignored by Representatives of the people and the media! That is why it is important that the "good ideas," in which our country is very rich, be taken seriously by the Head of the State. It is no coincidence that the category "Rich in Ideas" can already be found on the website UnserKandidat2022.at.

Already in recent decades, the parties nepotism, which recently experienced its moral low point in the "Honorable Society of Kurz," has severely damaged our democracy. But as a result of the Corona despotism (the exercise of absolute power, especially in a cruel and oppressive way), our democracy was systematically demolished: first the amendment of the epidemic law in a night and fog action, then dozens of unconstitutional laws and last but not least the establishment of an arbitrary rule on the basis of ordinances and decrees.

Hubert Thurnhofer sees that the purpose of his candidacy, first of all, is to restore the state of the country before the outbreak of Corona despotism. He sees his most important goal in putting our democracy on a new foundation with a new, lean constitution that is understandable for all Austrians.

Our candidate, Hubert Thurnhofer, in 2022 will serve as President to:

- position the Presidential Chancellery as "Rich in Ideas Austria",

- acknowledge the voice of the people of this country,

This is not only his election program, but the maxim of his actions in the sense of the categorical imperative of Immanuel Kant.

In his book "Moral 4.0", Hubert Thurnhofer, our candidate 2022, has made a contribution to the reorientation of Europe. He explained in a simple and understandable way the differences between morality and ethics. He also examined which values of the past are still valid and which values Europe needs in the 21st century. In this way, the principle of transparency is to revive our democracy and most definitely that corruption be restrained and kept in check in the future. In the spirit of Karl Popper's open society.